Born 1976 in Stockholm. Lives and works in Gothenburg.

Klas Eriksson graduated from The Royal Academy of Art in Stockholm in 2010. Since then he has had solo shows at Göteborgs Konsthall (2017), Projectrum Norrman, Stavanger (2015) and Kalmar Art Museum (2013).He has also participated in a large number of group shows in Sweden and internationally. Klas Eriksson is represented by Galleri Christian Larsen in Stockholm and Eduardo Secci Contemporary in Florence. 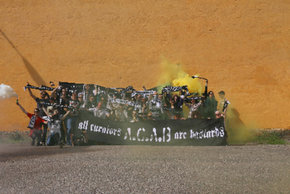