Live Action celebrates its 10th anniversary while developing its vision in continuity. New groundbreaking projects and collaborations, international and regional are planned for the upcoming years. During the last ten years we have realized visions and events that seemed impossible. It have generated an experience in producing projects globally whether it is in New York, Paris, Venice or for that matter in Canton, China. For 2016 we look forward to realize a new adventurous international project following the 11th edition of Live Action, stimulating us to renew our own habits and to rethink mobility.

Live Action is an event which seeks to discover the new, but also that dares to take risks. A festival which can showcase the KLF legend Bill Drummond, alongside the chinese feminist activist Xiao Lu. Or for that matter the Turkish activist artist Erdem Günduz, also known internationally as a the Standing Man from the protests at the Taksim square in Istanbul in 2013.

For our 10th anniversary we have decided to make a profound change of our event design. We continue the simultaneous outdoor program Common Ground which is a statement of a true cultural democracy and a pillar in our wish to bring contemporary art out to the public at large. However, we have made an important change in our evening program in reducing the number of artists presented from eighteen to ten and wile prolonging the event from three days to five. Thus presenting two artists and two works per evening instead of previous six.

The reason for this change is not only to try out a new format in how to present performance art, but primarily to give each artist and their individual work a higher focus. But the groundbreaking change of this 10th edition of Live Action is our new five week strand, Live Time, whosekey notion isextendedaudiencetime. Live Time showcases a seminal international artist who create a work live outdoors for 72 hours at selected sites in Gothenburg’s urban space. Live Time presents five artists in as many weeks and starts on July 30 with finish on August 30.

Live Actions includes further Live Talk, a series of artist presentations in the context of Live Time at Röda Sten and the City Library, with the Dane-Philippino artist Lilibeth Cuenca Rasmussen and from Gothenburg, Sweden, Joakim Stampe at Röda Sten continuing with the two legendary performance artists Arahmaiani from Indonesia and Xiao Lu from China at the City Library.

To our 10th anniversary we have also produced the exhibition, Live Global, which will be shown at the City Library from August 4 to August 16. The exhibition presents a number of large format photographs of performance artists from around the world. 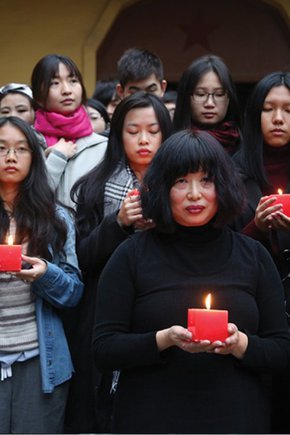 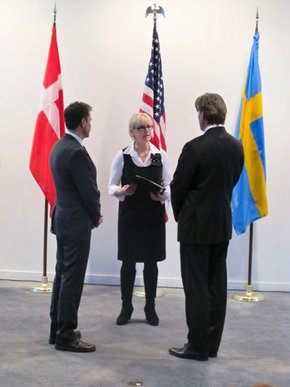