In his performance art work John Court is principally using repetition, time and exhaustion as compositionl means. If he investigates his own personal experiences encountered throughout his life, from childhood to the present day, this is realized symbolically withhin the framework of the 8-hour work day, which regulates our daily life. In his work Court substitutes narration with a repetitive action and its existential questioning of time and alienation. But also of life itself. For Court this is no conceptual construction. On the contrary, the concepts generated through his work are all rooted in his own personal life experience. Thus, creating a sustained expression of the personal and the universal. 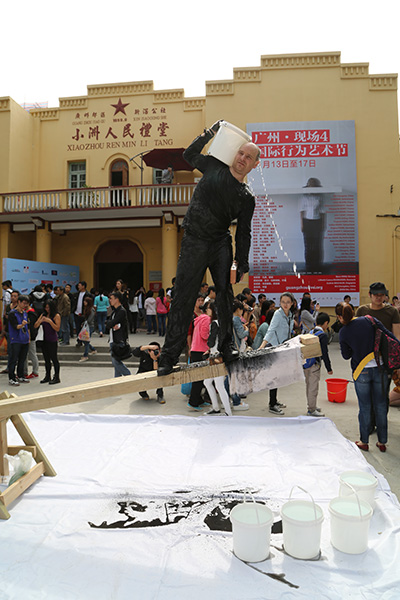