Valentin Torrens is an internationally recognized performance artist, theorist and teacher. Since the early 1990’s, he has performed in thirty countries in Europe, North and South America and Asia, presenting his works as one-man actions in international festivals and exhibitions. In the last seven years he has also organised the territorio Perfomance in the important multi-disciplinary Periferias festival in Huesca and the Territoris Nomades in Barcelona, Spain, both festivals providing exceptional venues for many performance and intermedia artists from around the world. Valentin has also conducted many workshops of performance and published artist books and catalogues. He is presently editing Performance Pedagogy a book that includes documentation and course material from over 40 teachers and programs engaged in the research and teaching of performance art genres

… In recent artist statements he describes his performance work in short annotated and highly allegorical phrases which have become his signature form of writing that perfectly matches his innovative public performance actions. He writes of the use of ‘shade like mind projections’ and the “dematerialized body.” He produces what he terms, “fusions of the presence of the action” and its “semantic projection” and of promoting “a spatial separation of the intellectual planes in the perception.” Torren’s employs his body as a purveyor of the potential for meaning making, whose senses are generated in the mind of the audience. He produces ‘games’ from elements of the action, alternately separating these elements, ‘fusing’ them, placing them in opposition, constructing ‘zero sum’ propositions and investing them in what he terms “the ‘luck’ of turns and twists.” He creates actions that are suggestive of formulations, indecisive, yet deliberate, often emphasizing potentiality. He describes his actions in Platonic terms as “the shade of the real thing in the ideal. Only the shade can reach the magnified dimension of the ideal.” “The subject is what it adapts and consumes in the interchange.” The artist explores a “double code” between the real and its representation/ illusion of the artist as his own shadow figure, and the context itself as a shadow, which necessarily transforms both artist and context. Torrens leavens this with humour and liminal play which short-circuits the logic of language and the conscious and subconscious formations in the audience's mind. The “Action [is] under dim light, stressing the direct perception.” 1.

Valentin Torrens’ creative process is characterized -- tempered by -- not necessarily what he will do; not that is “what if…” but a “whatever” privileging of potentiality and of means without ends which aligns him with the contemporary philosophy of Giorgio Agamben who has employed Melville’s Bartelby the Scrivener as the exemplar of ‘pure potentiality. 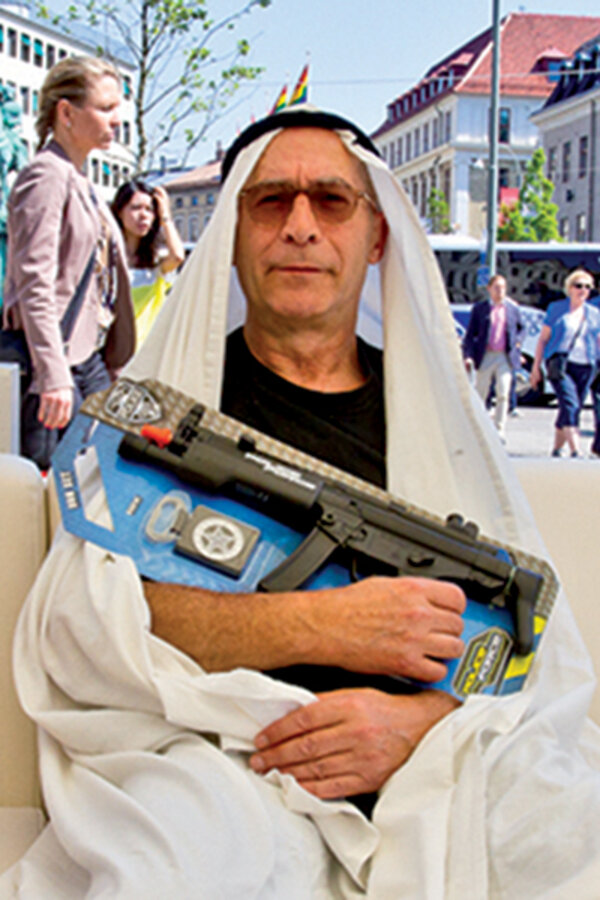