Live Action goes into its 9th consecutive year, and if numbers are important, we have presented over 350 performance art works realized live by over 150 artists from more than 30 countries since our founding in 2006. Of course it goes without saying that Live Action is today one of the essential events on the international scene showcasing this experimental art media.

Since its start Live Action ambitions to create a program which blends both legendary artists from an older generation and younger emergent artists. The inter-generational as well as the inter-cultural perspective of contemporary performance art is crucial for its development. We are happy this year to have been able to sustain earlier years efforts to create a program of great diversity where different movements in contemporary performance art are represented.

As a genuine performance art festival we focus on the non-choreographed, the non-rehearsed, on the intuitive action. This years curatorial theme is developed on the notion of Actions of Meaning, a concept with important significations not only in relation to society’s development. But also as one of performance arts inherent qualities, especially so in distinction to the growing domination of the choreographed and formalist dance-based works that are showcased in mosts major art institutions like Tate or MoMA New York.

In respect to funding we do notice that funding of what is choreographed by far exceeds that of a experimental art media like performance art. It is an unnatural situation and total disrespect of the experimental, and of performance art which by no means can be sustained, nor accepted.

Despite this situation Live Action tries to find ways to continuing its journey and discovery of the unknown, and manifold free expressions of performance art. While also promoting a cultural democracy and a proximity which the choreographed arts never can.

With new artists coming from all over the world to take part in Live Action 9, this year will be yet a new moment of discovery, imagination and experience. Welcome to encounter performance art on a human scale. 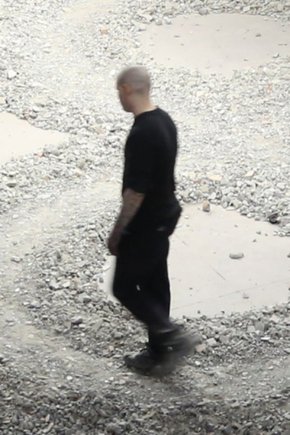