Huang Rui is one of the founders of the Chinese contemporary art movement that emerged in the wake of the Cultural Revolution in 1979. He is known for his social and cultural criticism, producing a body of work in constant renewal reflecting chinese society through satire and references to its recent history. He is furthermore known as one of China’s great intellectuals being inspired by both contemporary and ancient philosophy as expressed in the Book of Changes, I-Ching, which was also one of the main influences on artists like Marcel Duchamp and John Cage or for that matter the Fluxus movement.

Huang Rui was a founding member of the Chinese avant-garde art group the Stars, which included artists Wang Keping, Ai Weiwei, Ma Desheng, and Li Shuang, and was active from 1979 to 1983. This groundbreaking group in Chinese art history, was the first publicly active art collective to protest government censorship after the Cultural Revolution. Being recognized as a socially minded, and thus, often controversial, artist, he has throughout his career continued to be vocal about his belief in the importance of free expression, and has as a result faced significant censorship.

Exploring different mediums from painting, photography, printmaking, installation and performance art, his work is as a result not easily classified into one formal category. He is known for his ability to combine a profound intellect with a highly sensitive and personal approach, producing works that are finely crafted and meticulously finished. Within a minimalist exterior hides mountains of meanings and connotations stemming from ancient Chinese philosophy, contemporary hypocrisy and economic obsession. There is never just one thing hidden in Huang Rui’s works, his work turns the pieces around and around, as his ideas grow like shoots of complexity.

Huang Rui was instrumental in the establishment in 2002 of the main 798 Art Zone in Beijing, and has been a driving force in the efforts to protect the area from demolition in 2004 and 2005. When the 798 Art Zone became the first state-recognized and protected art district in China in 2006, it was a success partly due to his efforts to promote the district through the Dashanzi International Art Festivals (DIAF) and his book Beijing 798.

Huang Rui has conceived a specific work especially for Live Time which he will showcase on August 26-27 at Bältesspännarparken in Gothenburg and on September 28 at Stora Torget in Borås. 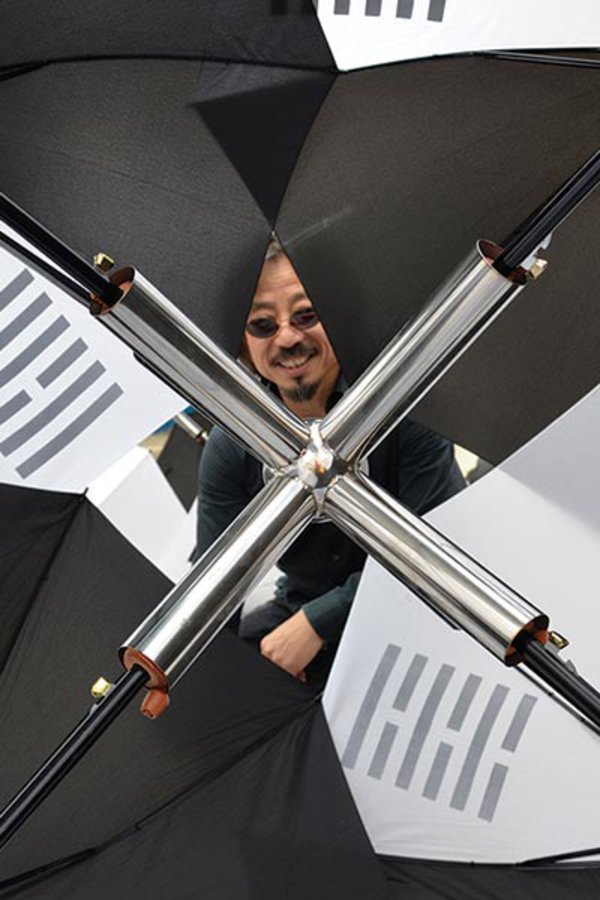