At 5 a.m. on August 20 2020 in the early of morning in front of the closed Wuhan Seafood market a man takes off his overcoat, runs a few meters, goes down to the ground and makes a push-up - naked. Ou Zhihang, has just realized one of his Events, a body of work which is as critical as it is impressive.

The simplicity of Ou Zhihang’s work, his courage, perseverence and I should say independence, makes up what today probably is one of the most cutting-edge and socially engaged contemporary artists in China. Low profiled and resolved, Ou Zhihang just can’t stop to bring up the societal problems that surrounds him. Whether it concerns subjects such as work camps, mental hospitals, black prisons (private companies keeping people imprisoned illegaly), social inequalities, legal inconsistencies, real estate scandals, food scams, corruption, police brutality, media censorship, insider affairs, or just simple injustices to common people ; he is there. Although keeping a low profile on the art scene, his work has today become high profiled and reknown in society. Ou Zhihang is like a socially engaged Andy Warhol in the internet age.

Because internet is at the heart of his work. Working thoroughly with his actions, taking photos, videos, he follows it up using the internet as a distribution system. It is as simple as the push-up itself, and it is efficient. With more than 50 million visitors to his blog (since 2007) and 150 million visitors to his microblog since 2011, he has reached his objective to let ”art influence people”. If Ou Zhihang series Moments work with history as its principal time line, the process of his work are related to four other. One is concerned with the research, preparation and travel to the location, a second with the realization of his action and the photography, and a third with its distribution on the internet and towards mass media, and a fourth which goes beyond his own control of course the interpretation and development of signification in relation to his work. This latter timeline is quite important since his subject matter opens the work and its future continuous significations. These timelines are all dependent on each other and on the current context and developments in relation to the event. Although the research, preparation and planning and travel is what takes most time, the shooting of it goes fast.

Although Ou Zhihang’s action only takes a few seconds, the snap-action, the one-shot photograph or like here the less than 60 seconds video will be there with us for ever. And it is this that his work focuses on, the history of a transformational short moment in China’s history. He works in fact with its memory, not its written history, but its memory, our collective memory. One could say that he actually works with the politics of memory, i.e. the means by which events are remembered and recorded, or for that matter discarded…. He is addressing the role of art in shaping the collective memory and how we all do remember, or forget about, the events as they happened. In his work there is no stated truth, he leaves them open, to the citizens to remember by themselves, and to the events to unfold and develop., with new information and interpretations. 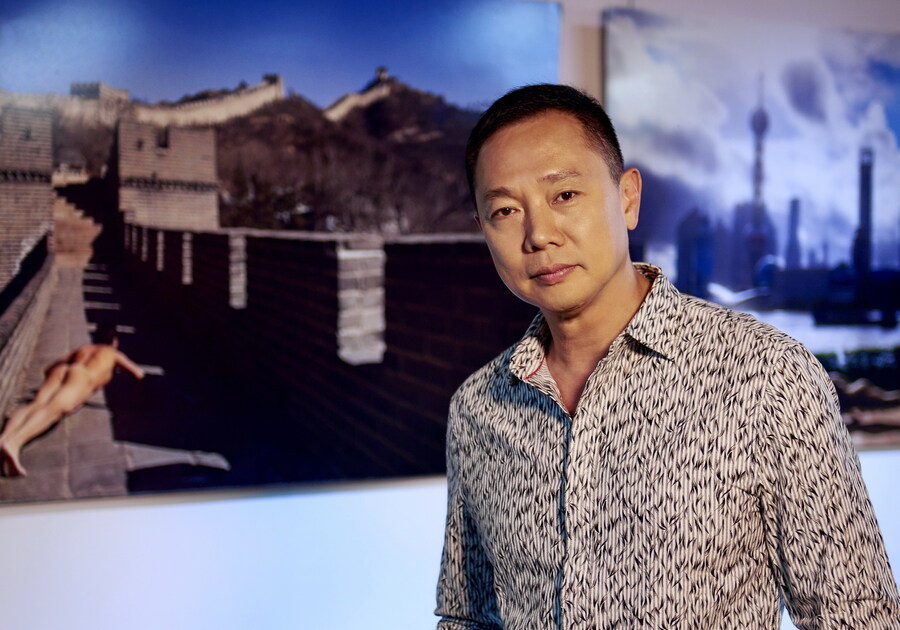