Born in Třinec, Czech Republic, František Kowolowski has been an integral member of Ostrava art scene that emerged in the mid 1990s. Since 1986 he had studied in Jan Tarasin and Ryszard Winiarski’s studio of painting at The Academy of Fine Arts in Warsaw, Poland, where he graduated in 1991 with his diploma work titled The Myths and Elements. While in his hometown of Brno he is possibly best known for his first-rate curator projects – working for the Moravian Gallery in Brno (1994–1996) and the Brno House of Arts (since 2000) – and activities in the field of theory of visual arts, in Ostrava he has represented one of the key figures of the local art scene. Apart from teaching at the Faculty of Fine Arts of the University of Ostrava, where he is the head of Studio of Painting II, like Jiří Surůvka and Petr Lysáček he is also one of the members of František Lozinski, o.p.s. art group.

Being a significant part of his work, Kowolowski’s action art is characteristic for his continuous examination of an artist’s role through both his own physical engagement and socially critical and ironic subversion, which is so very typical of Ostrava art scene: an artist passes on gestures of this ironic subversion and acts like „a mirror“. As a consequence, his performance acts contain the motif of silence and statements mediated by short and carefully-targeted catchwords. The video sequence titled This Body Belongs to Art from 2002 well illustrates this approach; the artist had the text cut in the skin of his back as a demonstration of his physical involvement in art. Another event, which took place in Beijing during the 10th Open International Performance Art Festival in 2009, called the Nomadic Strategy became a silent demonstration with small-sized caron boards containg slogans World is our image, This reality was captured by art and Time is composed of nothing. In Brno he founded the A.K.T. festival of performance art. He has also taken part in a number of international art festivals, i.e. INFR´ACTION 08, Festival International d´Art Performance, Sete, France; Préavis de désordre urbain, Festival International d´Art Performance, 2nd edition, Marseille, France; 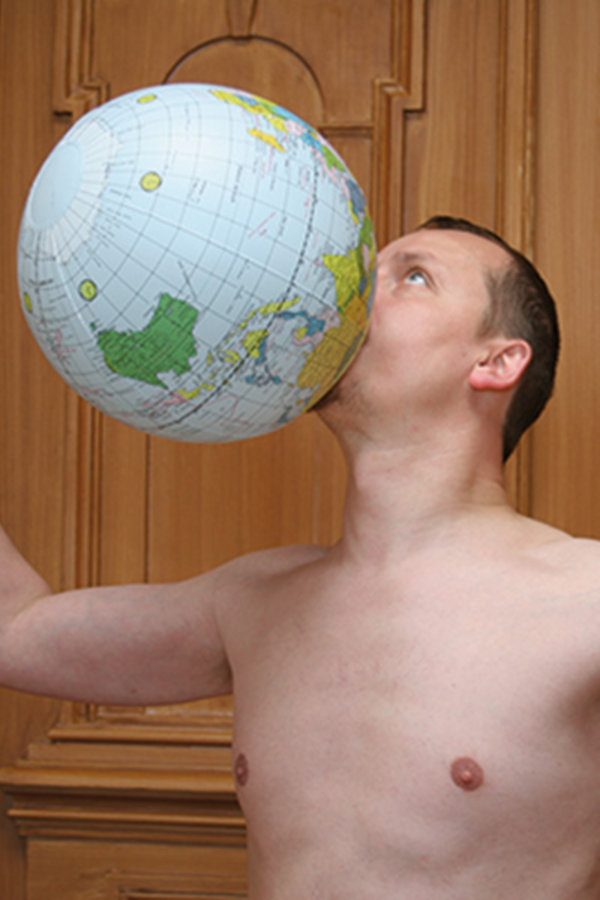