Thumos is a video performance of the body where breath and passing time struggle in an essential carnal confrontation. Thanks to the amplified and multiplied sounds coming from the performer's organs, the human resounds like a multiple body. This project intends to capture the vital impulse of a body immersed in a particular context, making it a pure sensory and instinctive experience. Artist statement to Thumos. 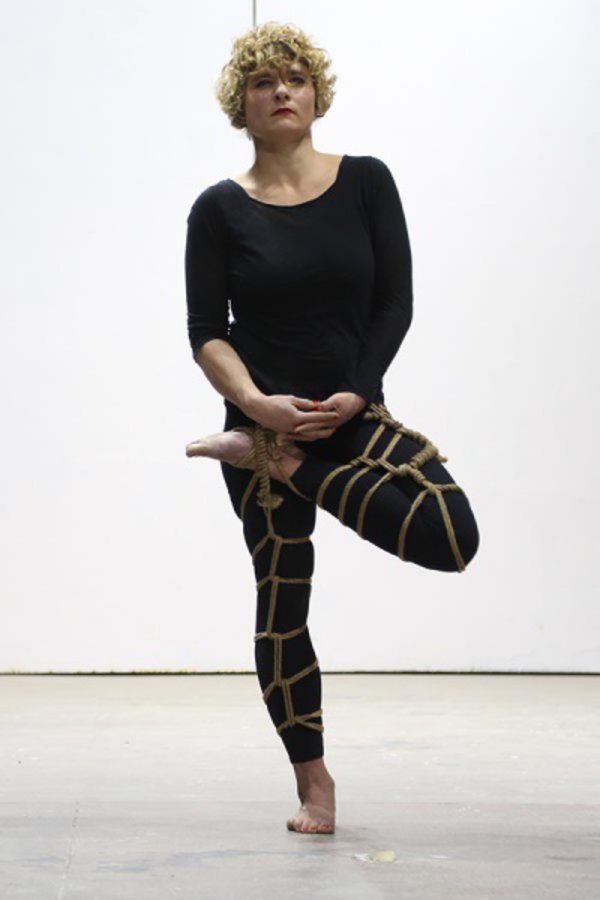