Echo Morgan studied at the High School of tge Sichuan Fine Arts Institute before moving to London where she gained a BA in Graphic Design at Central Saint Martins and a MA in Fine Art at the Royal College of Art. Since 2011, she has been collaborating with photographer Jamie Baker in the remediaton of her performance workA student in the Performance Pathways course at the RCA directed by Professor Nigel Rolfe, Morgan’s work were singled out by curator Jonas Stampe and included in the 9th edition of Infr’Action – Festival International d’Art Performance in 2013 and in the show DigitaLive in 2013/2014 in Canton, China.

Working within a non-dualist aesthetic, where concept and beauty encounters harshness, Morgan creates a singular and often poetic expression where will power and vulnerability constitutes a common ground for a new becoming. 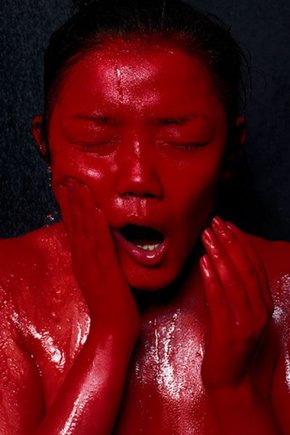