Live Action’s curatorial selection is gender equal and consciously global, showcasing artists outside of the Western hemisphere. Our continous exchange with China since 2011 has made us a leader in presenting Chinese performance art outside of China, presenting both hisorically renown artists and emergent talents. This year we have invited the legendary Huang Rui, leader of his country’s first contemporary art movement that sprang out in 1979 in the aftermath of the cultural revolution, the Stars. Huang Rui has been invited to take part in the durational strand Live Time, for which he will present a work during three days in both Gothenburg (Aug. 26-27) and Borås (Aug. 28).

However, first out in this durational strand is the British artist John Court who since 1999 have been working with the eigth hour working day as a critical tool to investigate not only work, society but our own framing of economy and time. He will showcase his work during three days in both Gothenburg (Aug. 19-20) and Trollhättan (Aug. 21).

Live Time will end with one of Swtzerlands most intruiging artists, Anne Rochat who’s intimate and visually impressive work, that always catches the audiences curiosity, will be showcased in the cities of Gothenburg (Sept. 1-2) and Skövde (Sept. 3).

Following this durational strand, Live Action continues with its core manifestation starting on Tuesday September 6 and ending 10. The line-up of this years edition is quality dense, with a number of renown names and emergent talents, showcasing artists from a large variety of countries in an eclectic diversity that goes beyond. We are pleased to be able to present a program that includes the historic New York based performance artist, Linda Mary Montano who’s work since the late 1960’s have become legendary. But also the Cuban artist Carlos Martiel, who’s imagery is politically convincing yet poetically subtle and fragile. The Chinese-UK artist and Royal College of Art graduate, Echo Morgan is another great talent that we know will surprise us with new excellent work after having shown her ability at Infr’Action in Séte and DigitaLive in Canton. The Indian artist Dimple B . Shah from Bangalore, India has a great potential and talent to create actions and images that differs. From the Arctic and Svalbard’s Longyearbyen, comes the Norwegian performance artist Stein Henningsen, a favourite of Live Action’s curator Jonas Stampe, always going beyond the expectations creating works with imagination and of significance. Another renown artist from the international performance art scene is Arti Grabowski from Krakow, Poland who’s profound experience and thrilling works make art, risk and danger fuse. Roberto Rossini is another very experienced artist who comes Genua, Italy bringing with him a poetic and aesthetic language that will make us all see and feel humanity in its most engaged sense. Finally, from Sweden we have the pleasure to present the work of two artists from Gothenburg, Benedikte Esperi and Dan Fröberg, who both works very differently yet have what it takes to stand out and convince us about the viability of Swedish performance art. 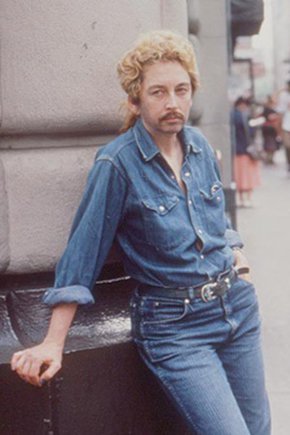