Live Action’ last two editions had a line-up of artists whom all previously had participated live at the festival in Gothenburg. This exclusively reinvitation of artists who had already been part was a way for us to show our support and recognition in a difficult time. We also felt it less meaningful to invite new artists for a first time participation in the online event that Live Action had to sustain.

Now after two pandemic years of screen life, Live Action is back live with a line-up of nine artists who have never taken part in the festival, and three who have participated previously. While we want to renew and explore new artistic talent from around the world, we also feel it essential, yes even as an obligation, to sustain a visibility for artists who have participated previously. Especially in a time when the number of international performance art festivals are decreasing. This year we have reinvited three artists ; Chuyia Chia (Malaysia/Sweden), Nigel Rolfe (Ireland) and John Court (UK/Finland). We know their work and capacity to surprise in visual images that trigger our audiences to think and feel in new ways. Besides these three established artists in contemporary performance art we have also invited John Halpern (USA), Pavana Reid (Thailand/Norway), Markus Hensler (Switzerland), Ali Thareb (Iraq/Sweden),  Emelié Sterner (Sweden) and Diana Soria Hernandez (Mexico/Finland), whose work we want to explore in depth by their presence.

The fall of Kabul in August 2021 making the daily news, triggered us to contemplate Sweden’s own two decade long engagement in Afghanistan, militarily at war while receiving refugees at home. Above all we questioned ourselves, why we despite this double relation  had not yet invited any Afghan artist to take part in the festival. We decided in unison to do so and explore its contemporary art scene which we understood had to be exiled. After some time of research we had distinguished  three artists that we felt was on level with Live Action’s usual high quality content, Kubra Khademi living in Paris, Sara Nabil based in Frankfurt and Kaveh Ayreek who was able to get out of Kabul last August and find refuge in Norway. All of course living in exile as refugees, keeping alive their country’s cultural edge, heritage and future, by being active and producing new work, by being alive.

The pandemic have given us time and space to reflect about Live Action and its future, and we hope that this 17th edition will signal that, a rebirth, a new Phoenix, under the banner of Joseph Beuys motto, “Art is the Science of Freedom”. 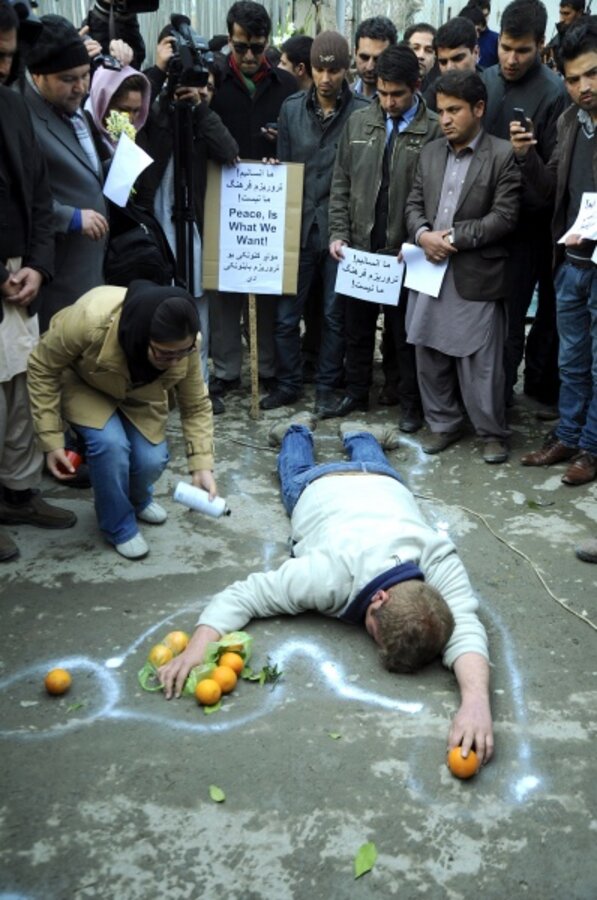