In 1966 this human body was born, it was given the name Gustaf Broms. This concept now exists in a place called Sweden.

To use the time in this predicament as a way to explore the nature of consciousness. Trying to make a translation of the flow of life into a condensed symbol, as a tool for understanding.

Spending the last few years looking into the dualistic concept of “I”, in terms of association with the idea of BEING NATURE, as the actual biological reality this body goes through, and BEING MIND as a very direct experience of REALITY.

Started out using physical materials (photography, installations) for this exploration, two works led me towards a more formless process.

In 1991 I burnt all my work, and realized how the intensity of the action, and the remaining ash far outdid anything I had previously done.

In 2005 after the work “5 faiths for a brave new world”, with objects that became physically too heavy for this body to move.

These two experiences created a longing to explore the FORMLESS, and led up to the project “ a walking piece” (with Trish Littler), a walk from Vendel to Odessa.

During the walk, it became very clear to me that my experience was a reflection of my thoughts and attitudes, rather than what my senses registered.

I became interested in the use of my own body as the tool for looking at these processes, inner outer, stillness/movement etc.

This reasoning led to the work “the sitting”, where I put my body in a sitting position at the central station in Stockholm during rush hour for one year – as an evolution of the walk.

Since 2009 I live in the forest of Vendel and work on a series of “movements” that explores why THE DANCING ATOMS OF THIS BODY are not merging with the dancing atoms surrounding it ? 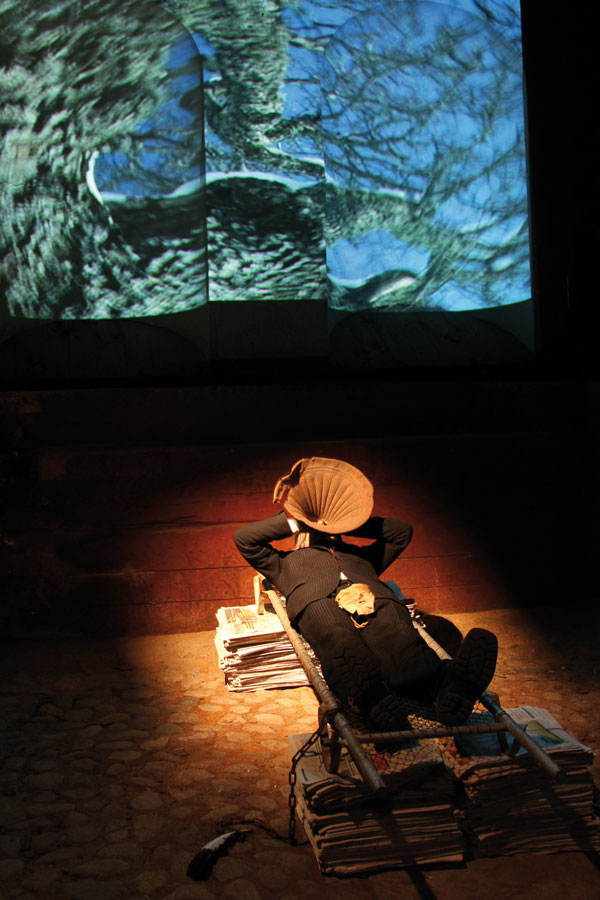