living and working in Helsinki

The possibility of her performance is in its effect of time and space, in the temporality of presences. Her performance as the female optimistic life style acts as the opposite of the static idea of art. Her performance is without an absolute fixed point. As a nonlinear system it is in the interaction between the artist and an audience. The relationship is complex. Western culture has sublimated itself in science, but her performance reduces to science its corporality. What is brilliantly visible or transparent, is returning to the politics of the identity. What does Irma Optimist look like and what she is doing are the things, which are as true as herself. 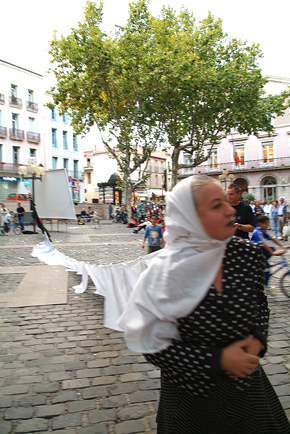