Helinä Hukkataival practices as an artist since 1969, while working as an art teacher of comprehensive and upper secondary school until 2001. Helinä Hukkataival have had solo exhibitions, performance- and video installations, numerous performances in Finland and other countries. In 2004 she received The State Prize for Visual Art. Since 1990 she concentrates mainly to work in performance art. In 2002 she began to work with video and combining it with live performance.

Her performances - are always pre-considered - as visual acts, 3-dimensional images in time with movement and sound or interactive happenings together with voluntary passers-by. Starting point of her performances are often simple everyday actions, sometimes in childhood memories.The influence of a long practise of Tai Chi and Zen can be seen in her actions. In individual video works, the camera is often more a substitute for a paintbrush than a tool for telling direct stories. 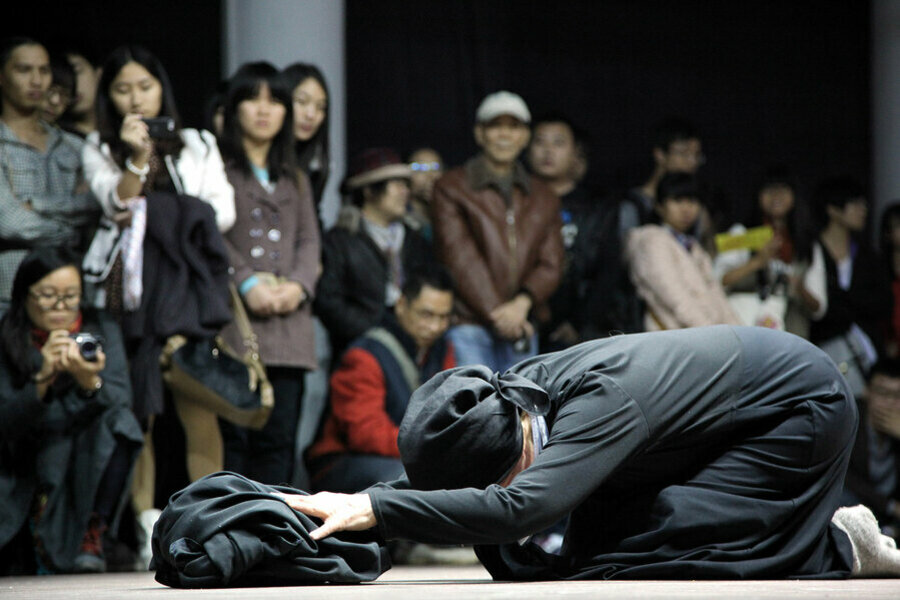